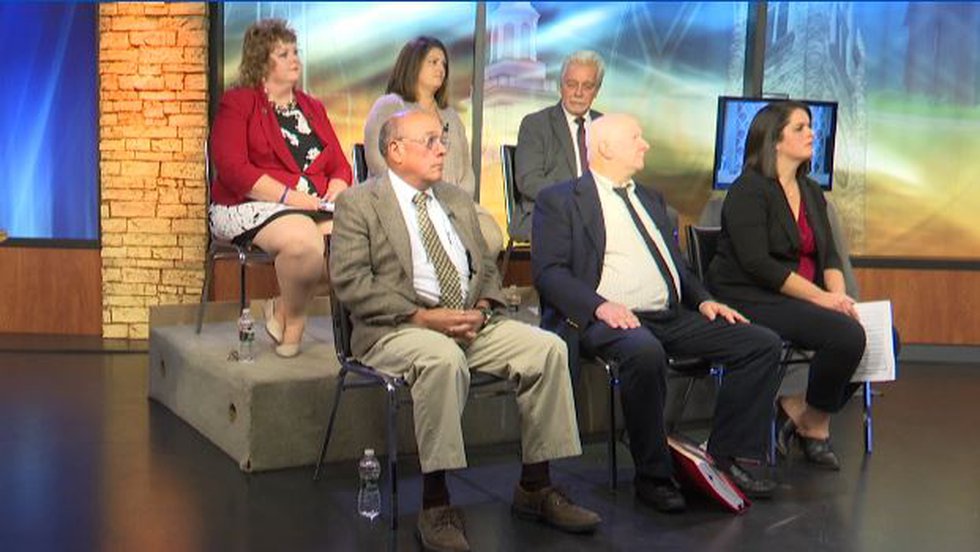 WATERTOWN, New York (WWNY) – There are seven candidates for three seats on Watertown’s City Council and, on Tuesday, we heard from all of them on issues the city faces.

The people vying for seats on city council took on a range of topics from spending to transparency at city hall.

The candidates weighed in on Watertown’s hydroelectric contract with National Grid. The lucrative deal for the city comes to an end in 2030.

And after a wetter than expected summer, it’s netted Watertown nearly $1.6 million in just three months. Some running for council say hold on to that cash to prepare for the contract drying up, and one candidate thinks the city can make up for the lost revenue by changing who the energy is sold to.

“To the city residents and other people like that. If you take 16,000 people in the city of Watertown, buying $27 worth of electricity from the city a month times 12 months, you have $5.5 million,” said Cliff Olney.

“The city’s not made to create revenue outside of taxes. Most cities do not create their own revenue through business. They create it through sales tax and property tax. So yes, I would save it,” said Ben Shoen.

The candidates also tackled the topic of transparency on council. The pair running for the two-year seat shared their thoughts.

“All the information is not being given to everyone so everyone can make a valid decision,” said Patrick Hickey.

“We can always improve on transparency in any form of government. So, how do we work on that? Communication,” said Amy Horton.

“Making unilateral decisions without consulting with the rest of the council. Whether you like it or not, we still represent the voters,” he said.

Watertown for years has debated with the union representing its fire department on minimum manning. The firefighters contract calls for at least 15 people to a shift at all times. City officials have argued to lower that number.

The candidates shared their thoughts on the hot topic.

“I guess my question is: have other options been explored at other communities across the country of common size, that we’ve looked at that? But, the reality of it is it’s in their contract and it’s likely not going to go away,” said Michelle Capone.

“We recently were told that there pretty much no way that we’re ever going to be able to change minimum manning because of the contracts, but also because of the courts and where we are with the fourth department, that those judges are always going to rule against the city on that,” said Lisa Ruggiero.

That’s just a taste of the Watertown City Council Candidate Forum. The full program will air next Monday on our sister station WNYF Fox 28 at 7 p.m.

Brighter and warmer on Wednesday