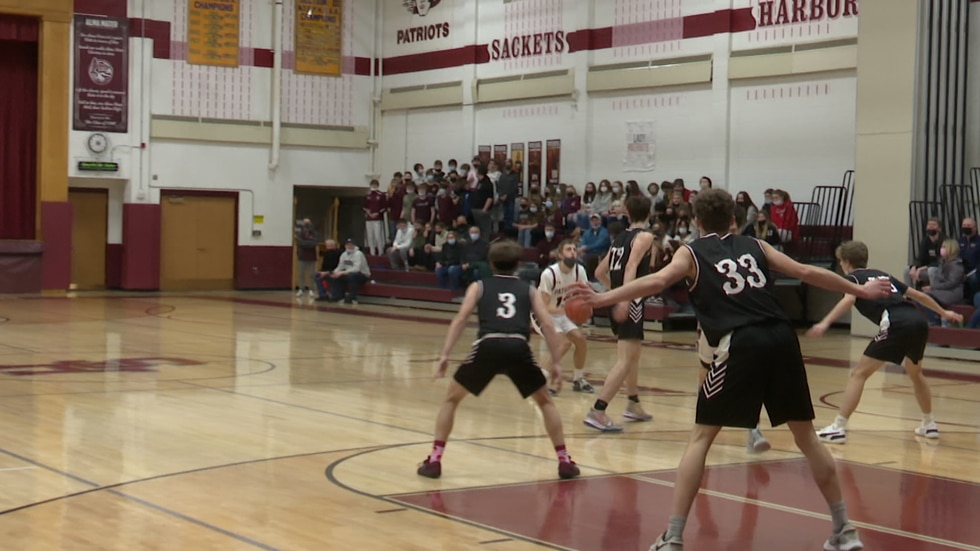 SACKETS HARBOR, New York (WWNY) -It was a rare Sunday of high school basketball action with playoffs on tap in both Section 3 and Section 10.

We begin in Sackets Harbor, where the Patriots hosted Old Forge in Section 3 Class D play.

Another Boys’ Section 3 Class D playoff contest, this one in Belleville as the Panthers of Belleville Henderson hosted Morrisville Eaton.

On the girls’ side in Section 3, the General Brown Lady Lions entertained Chittenango in Section 3 Class B play.

Up north in Section 10, Lisbon and Colton Pierrepont squared off in the Girls’ Section 10 Class D Quarterfinals at SUNY Canton.

Next up, Chateauguay tipped off against Hermon DeKalb in the 4/5 game.

In the 1st period, the Wolves were up 2-1 when Captain Justin MacDonald buries the backharder for his 40th goal of the season. 3-1 Wolves after 1 period.

Watertown go on to beat Binghamton 7-3.

Crisis in Ukraine: US says Russia closer to invading Ukraine, agrees to meeting