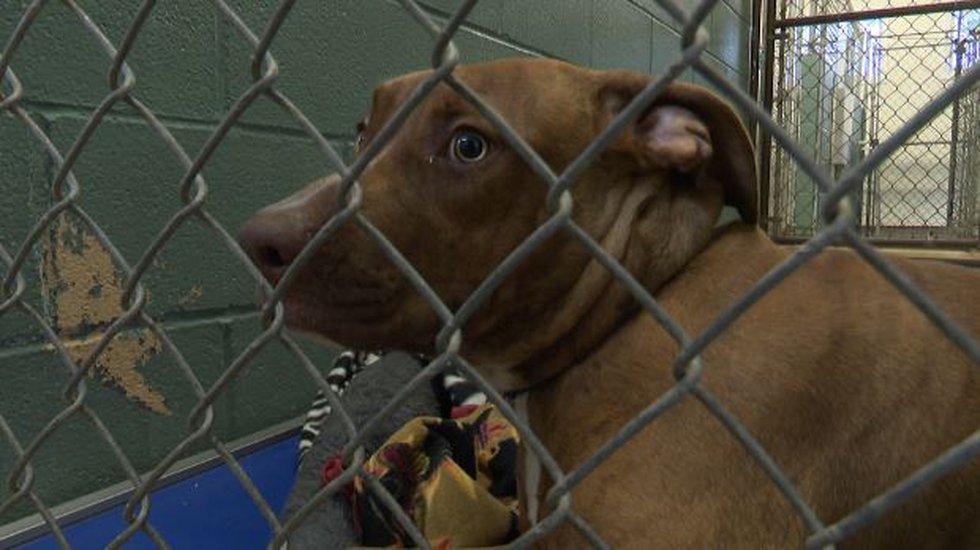 WATERTOWN, New York (WWNY) – Imagine going to a pet shelter and seeing no dogs. That was the case at the Jefferson County SPCA.

The shelter currently has one dog on its adoption board. That’s one more than the SPCA had over the weekend when the group announced it was able to get all of its dogs into forever homes.

In her one year at the SPCA, assistant manager Caitlyn Alberry says this is a first.

“This has been a new thing for us,” she said.

Alberry says the SPCA attributes much of the success to the staff and volunteers preparing the dogs for potential adopters.

“A lot of our dogs are in a better state mentally, so they are more adoptable when people do come through,” she said.

Alberry says they have been doing a lot more behavioral assesments before taking in dogs, making sure the shelter atmosphere is the best place for them as opposed to possible foster care or other options.

“Rather than having that dog that is terrified in the back of the kennel, we can make sure they get into a situation that’s going to work best and find them a home the fastest,” she said.

The space has also been fielding numerous calls from people looking to bring their pets in to get update shots. It’s due to many local veterinarians not having the capability to bring on new patients.

Alberry says the SPCA is hoping to bring its own vaccine clinics in the near future.

“We are right now in the process of looking for a new veternary technician, so we are hoping to start back up in November just because the demand is so high,” she said.

Alberry says she is unsure when more dogs will become available, but the SPCA is beginning to reach out to other local shelters with higher capacities to see if they can help take some of the dogs off its hands.