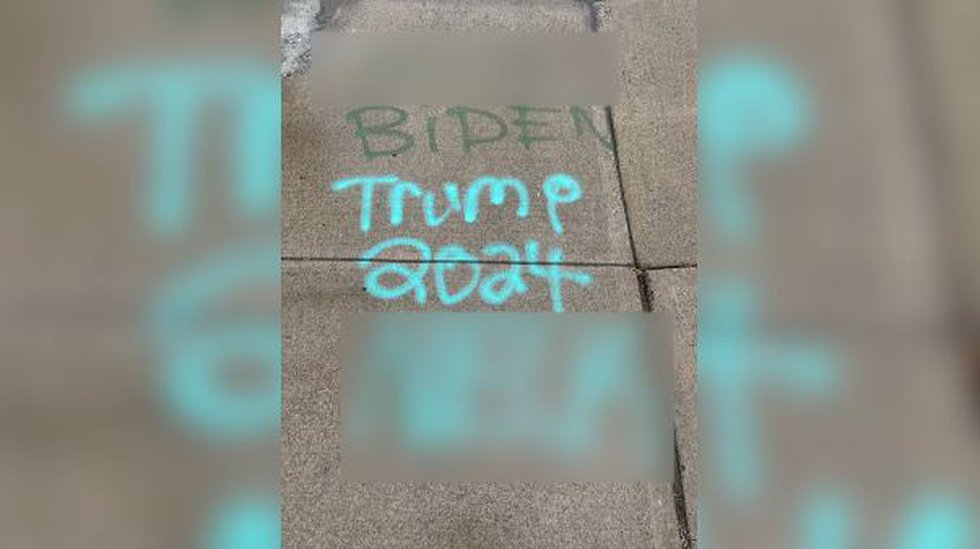 LOWVILLE, New York (WWNY) – It was a rude awakening for some Lowville residents Tuesday morning: vandals spray-painted graphic images and slurs on sidewalks and signs around the village.

“My wife and I were going to breakfast, and I backed out of the driveway and I noticed it, and I just couldn’t believe it,” said Nat Vikler, village resident.

“At first we just saw a hand with the middle finger sticking up, and I was, like, thinking somebody was just angry at the neighbor or something. Then as we’re waiting for the bus, my daughter noticed more writing and there were really profane images and stuff all over and next to our house and our crosswalk,” said Tracey Evans, village resident.

Spray painted on the sidewalks of Elm Street and Park Avenue are homophobic slurs, political profanities, and graphic sexual images.

“It’s just awful to put on there so that kids would even see it, you know, that are walking by. There’s a lot of kids that would walk by here and it’s just terrible,” said Virkler.

“I have a four-year-old and a six-year-old, so, yeah, I’m not thrilled at all,” said Evans.

Authorities have not released the names of the individuals due to two of the three suspects being minors.

One suspect, an 18-year-old, was issued an appearance ticket for Lowville Town Court. Police did not identify the older teen, saying the name could lead the public to figure out the identities of the minors.

Lowville Police Chief Randy Roggie said that they identified the suspects as quickly as they did thanks to community assistance.

Although the Department of Public Works has been removing the graffiti, some want the culprits to do it.

“They ought to make them take toothbrushes and scrub it if it takes all day until they get it off,” said Virkler.